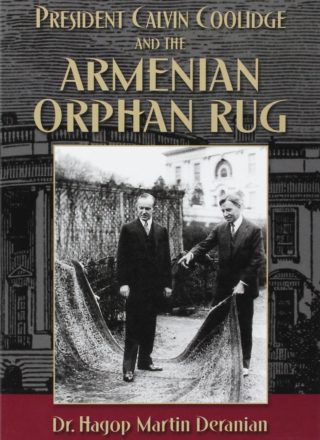 This book, the result of decades of research by Dr. Hagop Martin Deranian, tells the story of the Ghazir Rug, also known as the Coolidge Rug – a labor of love dedicated to the memory of the Ghazir orphans and thousands of other orphans who perished. In the mid 1920s, the Kunzler family, who ran an Armenian Rug factory, where over 1,400 orphan girls, mostly Armeian were sheltered, decided to have a rug woven by the orphan Armenian girls and presented to President Calvin Coolidge in the White House as an expression of the profound gratitude to the American people and government on behalf of the Armenian people. “The rug has a place of honor in the White House” – President Calvin Coolidge, 1925

There are no reviews yet.